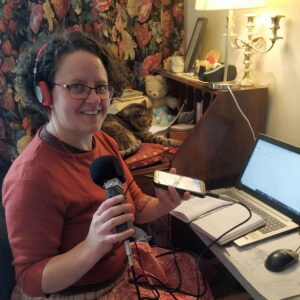 Allie's first radio gig was with MAINfm in 2013 when she co-created Art Swank with Robyn Walton. They ran Art Swank for three years and also created a series called The Bigger Picture .

Allie has subsequently also hosted the MAINfm breakfast show with multiple co-hosts, been the station Content Producer and worked on projects like Dja Dja Wurrung Radio with Uncle Rick Nelson and a 2014 series on preventing family violence.

Allie's current show Saltgrass is all about how local movements can address the global problem of the climate crisis. Saltgrass airs on MAINfm on Tuesdays at 4pm and is also a podcast.